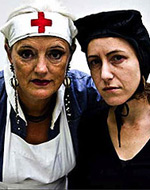 This project joins my earlier interest in psychoanalysis as an interpretive framework that allows attention to odd details, with the question that has preoccupied me lately, of political art. Specifically, I became interested the curability, through psychoanalysis, of psychosis. Freud said it couldn’t be done. Some contemporary analysts refuse to accept that sentence by which the allegedly “mad” are doomed to a life-long stay in a psychiatric hospital or, at the very least, the paralysis of drugs.

When I discovered the bond between politics and madness, the pervasive violence we accept as normal but that drives people to madness, I began to probe this question. One result is the Mère Folle project A Long History of Madness. This project with artist Michelle Williams Gamaker became the push to another instance of film making as research. We worked closely with psychoanalyst Françoise Davoine, who wrote the book on which the film is based out of her clinical experience. Working with actors was a way of exploring the research questions without risking the voyeurism inherent in documentary making when the subjects are as vulnerable as psychiatric patients.

This project is closely connected to the field of political art. While studying such art in other projects, I now stepped in the position of making political art myself. It also touches on my long-standing interest in the representation of pain. Why would it be helpful, culturally, hence, socially, to “image” pain? Generally speaking, it is my view that representing pain entails tenacious problems – of voyeurism, of facile equations, of caricature, of the potential for sadistic viewing and masochistic identification, and of an erasing generalization. Becoming inured to the shocking effect of such images through their frequent display in the media entails perhaps the worst of these ills, indifference. The problems are so damaging that I can only condone wholeheartedly images with a clear and politically powerful potential of cultural change – and those are not easy to find, or to make.

Yet, endorsing this caution also risks collusion with censorship and forgetting what needs to be remembered in order to keep present the horror of inflicting horror. Between the Scylla of particularity and its underlying individualism, voyeurism, and anecdotal irrelevance, on the one hand, and the Charibdis of generality with its erasure of specificity on the other, I am working with the term “singularity.” I find the latter term most apt to responsibly account for the elements of multiplicity without either erasing or hyperbolically and defensively hypostatizing group identity. Filmmaking has made it possible to explore the connections between singular suffering and general causalities.

Psychoanalysis, when understood as a social science, is a great tool for such an exploration. 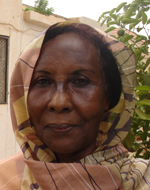 The mixed societies that have emerged as the result of migration have benefited enormously from the arrival of people from many different cultures. Cities have become more heterogeneous (‘colourful’), music and cinema have been enriched and philosophy gratefully uses the potential offered by thinking along the lines of - and through metaphors relating to - migrancy.

Theorizing itself opens up its creativity thanks to the need to shed the limitations harboured by local habit. There is an aesthetic to thought as much as to, say, fashion, film, or food.

This project examines the positive impact on the everyday that comes with migration, the now-common state of hybridity (where speaking of origins becomes almost forced and often impossible) and the small yet significant aspects of everyday culture and thought that are ‘foreign’ in origin but are no longer ‘foreign’. In a sense, these aspects are beyond identity but carry traces of foreignness. Much of my video work centres on this cultural transformation. 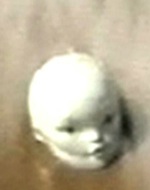 My recently completed writing project is a trilogy on the question of political art. I seek to understand and advocate art that is political without being thematically about politics.

In each volume, a contemporary artist is central in order to examine the question in close dialogue with art of the present. All three artists (Eija-Liisa Ahtila, Doris Salcedo and Ann Veronica Janssens) are strongly committed to deploy space as their medium; one in sculpture, one in video installation, and one in abstract spatial interventions.

I continue my search for contemporary art that uses art - not propaganda - to be politically effective.

In Time: Between Performance and Performativity 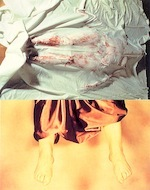 Performance is not; it occurs. It happens and takes time. It has a past and a future, and hence, a present. From linguistics and the philosophy of language, we take the notion that utterances do something: they perform an act that produces an event.

From theatre, we borrow the notion of role-playing, which can be extended to include social role-playing, then restricted it to that aspect of playing that is effective in that it affects the viewer. From anthropology, we take the idea that the performative speech act, in the extended sense, requires the participation in the production of meaning, of the ethnographer’s partner, that is, of the people belonging to or temporarily dwelling in the culture studied.

In art, this entails the indispensable participation of the visitor to the museum or the viewer of the work, without whom the artwork is simply nothing, just a dead object. In this project, then, due to this triple allegiance, the notion of ‘performance’ will be taken in all its ambiguity. The term encompasses ‘performativity’ as opposed to being distinct from it. I have tentatively worked with this cluster of aspects of the two terms in several recent articles on contemporary art not bound to specific traditional media.

My ongoing video installation project ‘Nothing is Missing’ explores performativity in the process of documenting speakers who talk on camera on very private matters. I am also working on three books arguing that it is the performative aspect of art that gives it political agency. 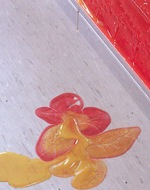 This term was central to one of my books on visual art (Quoting Caravaggio). I continue to examine the consequences of the underlying idea for different bodies of art. Others have elaborated this idea in different ways, using headings such as Damisch’s ‘indispensable anachronism’.

I propose not continuity but re-emergence in later times of different manifestations of older ideas, forms, and aesthetics. In so doing, I argue that what appears a re-emergence is really a recasting or rewriting and a new framing of those past phenomena - hence ‘preposterous’.

I am interested in joining this inquiry with current concerns about tradition, both cultural and academic, and with methodological issues of distance and proximity, the place of the archive and museum presentations.

This is not a well-organized project but rather an ongoing interest that shows up in much of my work. For example, I have made, or am still making, an short documentary on Hubert Damisch that focuses on his conception of anacrhonism. (see film projects) 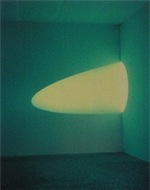 This project results from my intense involvement with PhD training, both in the context of the ASCA Theory Seminar and in a large number of individual PhD projects. Through these pedagogical activities - in the Netherlands traditionally and oddly credited as ‘research’, not as teaching - I have developed insight into the indispensable contribution that can be expected to be made from reflecting on and deploying concepts in interdisciplinary cultural analysis.

In 2002 I published a book on this topic called ‘Travelling Concepts in the Humanities: A Rough Guide’ (University of Toronto Press, the publisher of my previous pedagogically oriented work), which consists of an argument in favour of this view.

A series of case studies demonstrates the consequences of replacing paradigm- and discipline-based methodologies with an open re-examination of concepts that have a history of ‘travelling’ between disciplines, historical periods and contexts, and even cultures. Under the rubric ‘travelling concepts’ I work on incidental, often commissioned papers.

In response to the often casual use of terms such as trans-, multi- or interdisciplinary and analogues - transnational, transcultural - I am more and more strongly committed to promoting a more specific preposition, namely “inter-“. The three - trans-, multi- and inter- have very different meanings, and I am convinced it is important to be precise in which term we use. Inter- expresses relationality, a principled equality between its partners, and a dynamic view of what the preposition connects. I have published on this issue, most systematically in Travelling Concepts, and continue to promote the precision in these uses of everything that caters to the wish for more flexibility.