Thinking in Film: The Politics of Video Installation According to Eija-Liisa Ahtila

‘Thinking in Film’ is the most compelling analysis of Eija-Liisa Ahtila’s art to date. It is a contribution to thinking by extending the ideas of what is presentable, perceivable and thus knowable. Mieke Bal draws from the constitutive conceptual and theoretical underpinnings of audio-visual installation art and gallery film but, importantly, develops her thinking further through a close analysis of the artworks. Bal shows how viewers are affected by the audio-visual realm but also left space to exert their own agency. The book demonstrates how art matters as a critical practice that has wider socio-cultural and political relevance.’ - Mia Hannula, Art Historian and Scholar, University of Turku, Finland

‘The breadth and scale with which she builds her analysis is overwhelming. Rarely have I come across such a minute and sensuous reading of this art form.’ - Nalini Malani has been a pioneer in Indian video art since the early 1990s; her multi-layered theatrical installations are characterized by a distinctly poetic approach, and originate in narratives drawn from international zones of conflict.

What is a moving image, and how does it move us? In Thinking in Film, celebrated theorist Mieke Bal engages in an exploration – part dialogue, part voyage – with the video installations of artist Eija-Liisa Ahtila to understand movement as artistic practice and as affect. 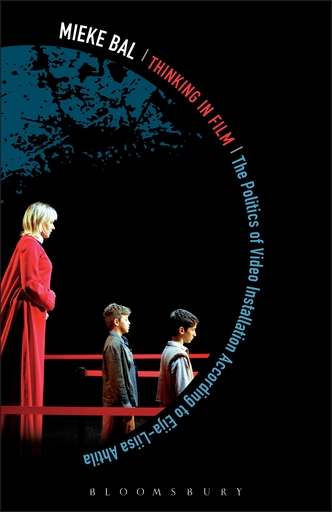