Signs are things we can perceive – the things, or percepts to which we give meaning. When the leaves on the trees turn from green to yellow, we understand that Summer is over and Fall has arrived. Driving through cities, we gratefully “read” the traffic signs. And after a negative political event, the faces of others on the streets seem to have collectively dropped. Eyes actively focusing on us make us feel the interlocutor is really interested in you, not just making polite conversation. When we do thus give meaning to what we see, we are aware that we do so or (mostly) not, but we do it, constantly, so that these things enable us to communicate, reflect, fantasize; in short, live socially and individually, without separation between these two domains. But how, exactly, does this work? That question is too general. This collection presents to the Chinese-speaking public some essays that elaborate how this view of signs helps us understand, specifically but not exclusively, the narrative work of visual art.

I have always been interested in the narrative aspect of social-cultural life because narrative is, in my view, the most influential, important cultural “mode”. Narrative was my first intellectual passion; and it still is foremost in my mind when I look at artefacts or methods of analysis. I started out as a literary scholar, but retrospectively I noticed at some point early on how much of my work was in fact engaging with visuality. Even my “purely” literary studies developed around the issue of focalization – an eminent bridge between the literary and the visual. I never saw this as strange; I didn’t even think that this concept had anything to do with the boundaries of narrative. I have a repulsion for boundaries, separations between domains that seem arbitrary to me. I always wanted to look around the corner of what I knew. As soon as I knew how to do something, I wanted to move on and explore unknown territories. At the same time, the initial interest never really went away when I began to explore unknown fields. My “move” from literature to visual art did not entail a change but an extension. For scholars of the visual, specially art historians, my approach to images bears the traces of those earlier interests; but this means an enrichment, not a distortion of the new field.

My interest in literature is just as much due to a tendency to visualize (in the mind’s eye, as they say) than to plot developments, mood evocations, or descriptions of characters and places. But my fascination becomes most intense on places where these cross. The adventures of people, no matter how these are signified, as semioticians would say, help me understand the madness of the world a little better. Hence, whether in words or in images, narratives inspire insight; but to get at these, they also require a close and engaged look. This is what I try to facilitate in my work. My interest is in sharing my excitement about what artists manage to make me see – with my eyes, with affective intensity, and in view of social-political responses.

This implies that I don’t feel comfortable within the borders of established disciplines. But this does not mean that those disciplines are futile; on the contrary. Any relationship between disciplinary domains, as between people, requires respect for and insight in what is specific to the other. Interdisciplinarity is not any more self-evident than the tenets – sometimes dogmas – of mono-disciplines. The point is not to privilege the one over the other but to make meaningful, helpful connections. Visual analysis today, whether or not pertaining to the discipline of art history, must develop a clear, teachable methodology if it is to seriously engage other disciplines. Literary studies, but also film studies, cultural anthropology, and philosophy, to name just a few, are waiting in the wings, sometimes extending a welcoming hand, to see how visual analysis – notoriously difficult to do with precision – will be able to knock on the door of these other disciplines.

Although visuality is at the heart of this book, my questions and thoughts also pertain to non-visual fields of study. In another book – Travelling Concepts in the humanities – I have proposed to anchor the methodology of interdisciplinary study in concepts rather than fully-fledged methods. Concepts are the tools of intersubjectivity: they facilitate discussion on the basis of a common language. But concepts are not fixed. They “travel”, as that book claimed – between disciplines, between individual scholars, between historical periods, and between geographically dispersed academic communities. From one discipline to another, their meaning, reach, and operational value differ. These processes of differing need to be assessed before, during, and after each “trip” – that is, each move from one context, discipline, period to another.

All of these forms of travel render concepts flexible. It is this changeability that becomes part of their usefulness for a new methodology that is neither stultifying and rigid nor arbitrary or “sloppy.” While groping to define, provisionally and partly, what a particular concept may mean, we gain insight into what it can do. It is in the groping – search and experiment – that the valuable work lies. Semiotics consists of a theory or, as I prefer to call it, a perspective, and a conceptual “toolkit” that helps in that endeavor. In principle useful in any field where perceptible things are the objects of study, semiotics has developed methods to see how we see; how we make meaning on the basis of what we perceive. And is that not the definition of social life? Complexity and contradiction, contrary readings that keep affirming the dynamic relationship between images and narratives, and between these and the world in which we live: this is the domain semiotics helps grasp and analyze. How can we ever presume that any single discipline will cover all that? And yet, if the Humanities are to serve a purpose, they must face this challenge.

What is generally called “visual analysis” is a deeply interdisciplinary probing of a field that cannot even be delimited by the sense of sight, let alone by such conventionally established bodies of objects we call “art”. In most of the chapters of this book, critical reflections and, through examples, ideas for “how to do it” are deliberately combined. This interest in crossing boundaries with others – in a social, educational version of “intersubjectivity” – has also compelled me to theorize. Developing reasonable and teachable theories helps analyzing visual images in ways that endorse but also exceed the intuitive level, so that the social aspect of interpretation can be developed in dialogue with others.

With a keen eye for the interest of students, professor Lian Duan has intelligently selected essays according to three areas that reflect the connections just mentioned, and that seemed most useable, clear and concrete. In the first section, the essays offer reflections of a mostly theoretical kind, in which the itinerary from seeing signs to tracing the narrative is mapped. In the second, the emphasis is on how to do it: how to make sense of a still image’s way of presenting viewers with a story that unfolds over time, in movement, and with different episodes. The explicit confrontation with traditional iconography – that other, entrenched art-historical method of connecting images to narratives – also makes the tensions and collaborations between semiotics and art history more productive than either a slavish traditionalism or a total rejection of such a tradition would be.

The third section gives some examples of such semiotic-narrative analyses within the tension between the two semiotic modes of imaging and story-telling. A few fundamental encounters between the two occur when they meet halfway, coming from both sides, enriching each other. The narratological term “focalization” makes it possible to look with nuance at the complexity of what has been either ignored or too forcefully (moralistically) rejected as “voyeurism”: looking without being seen, specifically for (sexual) pleasure. Understanding how voyeurism functions, and occurs in many different situations, helps us keeping a critical eye without facile moralism. From the literary side, the apparatus of rhetorical figures of style lends itself eminently to an understanding of visual ambiguities.

Although my early book Narratology exists in the Chinese language, this is my first book in Chinese on visual art, hence, it will appeal to a different public. In the visual domain this is just a beginning. I am very excited about this opportunity for intercultural contact and hope it will generate productive dialogue. I am deeply grateful to Lian Duan for the initiative and the subsequent hard work, and to the team of translators for what I know to be a difficult job; my writing aims to be clear, but sometimes uses puns and metaphors to achieve this. My tendency to visualizing betrays itself there, sometimes to the chagrin of translators.

My greatest hope is that Chinese students will find in this book stimulating ideas and inspiring examples and case studies. For, the essence of teaching, for me, is not to cultivate imitative admirers but to help shape independently thinking colleagues. Every student is a colleague; someone with whom to think. And the teacher is always also learning from the interaction with students; hence, also a student. I find nothing more gratifying than productive discussion, where respect for others does not preclude open-minded disagreements, and where, whatever the differences in age, training, experience and expertise is, intellectual equality can reign. 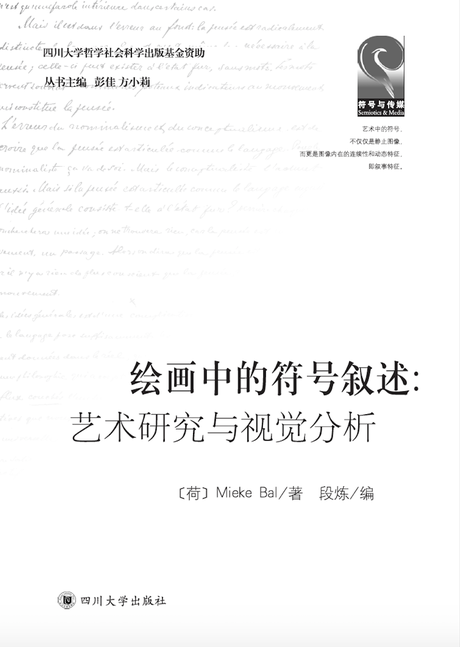