This book accompanies the first comprehensive solo exhibition of my video installations, which is currently on display in the Museum Jan Cunen in Oss, the Netherlands. In this old, nineteenth century villa that used to the the Town Hall, the four major installations I have made over the years are installed. Each one has its own space. The title, Art out of Necessity, was the idea of guest curator Jeroen Lutters. The argument underlying the show is that the world needs art in order for all of use to learn to be more imaginative and creative in coming up with solutions for social problems.
The sequence of the installations suggests a four-phase life story: desire, or longing; doubt; grief; and madness. The order does not reflect the chronology of the making, but an imaginary itinerary through the hardships of life. First comes “longing”, around Madame B, made with Michelle Williams Gamaker. The constant craving for excitement, which is one of two major mistakes Emma B makes, rests on the erroneous assumption that one can be permanently excited, whereas obviously, excitement is by definition temporary. The second mistake Emma makes is to swap erotic and capitalist seductions.
The second installation, divided in three smaller rooms, is Reasonable Doubt, based on my attempt to show a different Descartes from the one we have learned to “leave behind”. Works from the museum’s collection are combined with these installations.
On the third floor, the complete, large installation Don Quijote, Sad Countenances, is installed, first a triple beginning, then 12 screens randomly dispersed, and a final piece at the end where the Captive, the alter of Cervantes, first shows his captivity and escape, then, with the same footage, he narrates the story. Two ways of showing the same horror story.
Finally, “Madness”, the very first fiction-based installation, also made with Michelle Williams Gamaker, is, again, dispersed over three smaller rooms.
The book had to be written in Dutch, for subsidy reasons. But the designer Amir Avraham, in my vie a visual genius, has made the design in such a brilliantly creative way that even without knowing Dutch, the book is worth getting. 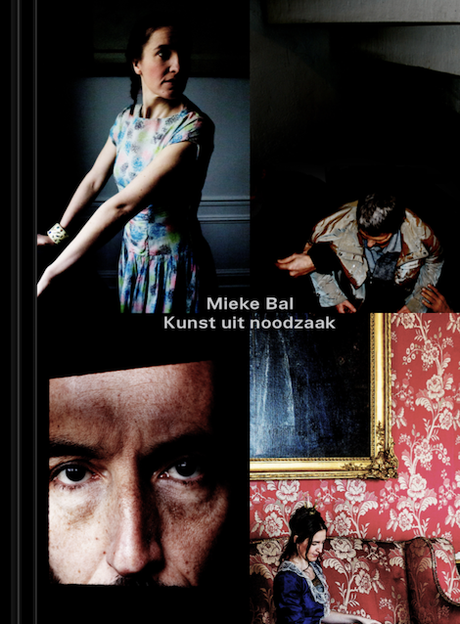