The Importance of Being a (Moving) Image, Prague

The exhibition was the first in a series, and celebrated the opening of the new department of moving images, initiated by chief curator Adam Budak. I gave a long keynote lecture the day after the opening. This lecture can be heard and seen on the page News and Events, the blog of March 2015. There were about eight artworks by different artists, and although I cannot show them all, here are at least some visuals. The first gallery of photos were taken by Jan Kratochvil the day before the opening, so the space is still empty. The loose ones are my own snapshots.
When you watch this video of the entire lecture you will also see the consequences of a terrible fall I made the day before, right before the opening.

Because the lecture is so long, which may be taxing your patience, I give below the gist of my lecture, and my view of the connection between art and movement.

With Henri Bergson’s Matter and Memory as my starting point, I consider “movement” the defining feature of art – not only in moving image art, but in all visual art, and in this lecture I explain why this is so. If I can make this plausible, then, of course the art form of which we were inaugurating the display in that wonderful museum – an ongoing program of moving image installations – is more than a section of the museum; it is an extended metaphor, in other words, an allegory of art as such.
I derive the importance of movement in art from the question of the functioning of art in its social environment, its political function, or, if I may once more generalize, its status as political art. Yes: I claim that for art to be culturally meaningful and worth our time and means, it will be political – I will explain how I mean that. Stimulated by the late Spanish philosopher of aesthetics, my much-regretted friend José Luis Brea, initiator of the Spanish journal for visual studies, Estudios Visuales; and influenced by old debates initiated by Theodor Adorno, I have become suspicious of “loud” political art that comes unsettlingly close to propaganda.
Story-telling, seen as the presentation in whatever medium of a series of events according to a perspective or vision or what I call, as focalized, has two special properties that make its ethical aspect more specific. It concerns others, and it is always at least in part, fictional, even when, or perhaps especially when, it concerns difficult, painful, or extreme situations that can occur, or have analogies in, reality. And while not all images are narrative, these two features also pertain to images in general, due to images’ dependence on movement. The question of ethics, then, makes art necessarily political. 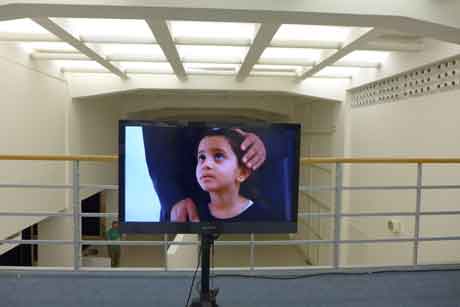 I seek to develop a vision of art the political force of which depends on its reticence to “speak up”, but instead, pursues as its goal to produce affect. This is where movement comes in.
Ethics, or the development, awareness, and compliance with, general norms of what is right or wrong, is with each of us all through our days, in everything we do. It intervenes in all decisions. Values such as modesty, honesty, and commitment – the values that are as central in my discussion of art as is, say, the aesthetic – are of an ethical nature. Ethics concern our relation to reality; and images are as much part of reality as people. Images relate to people and often, present people – or animals, or things – to other people. 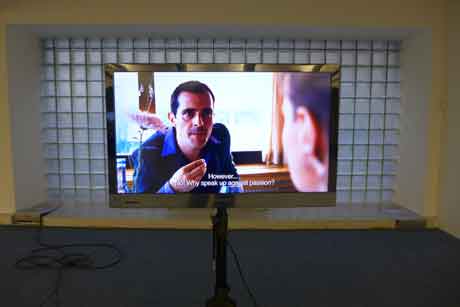 Debates on the ethics of story-telling or representation more in general in the face of extreme circumstances raise two contrasting cultural needs: for modesty, which imposes silence, and for commitment which requires exposure. Here, the image presents that dilemma in the act of looking at mentally ill people. Hence, these issues have invariably led to two opposed positions. The first, decennia-old, comes from Adorno’s famous indictment of “poetry” after Auschwitz.
The second position has been revitalized recently in the wake of Georges Didi-Huberman’s plea for attention to even the vaguest photographs of Auschwitz: in order to know, you must imagine. And in order to relate to others we do need to know, and when full knowledge is impossible we still must try to approximate, encircle, or feel it. That is what it means to imagine. 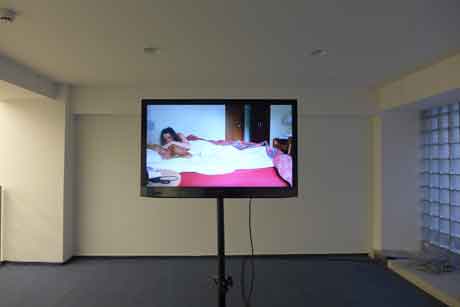 Adorno’s arguments were urgent at the time, and, I submit, have lost nothing of their relevance. They are also quite sensible, to put it simply: he refuses making sense of what doesn’t make sense, which would be honoring violence with semiotic access; and to take pleasure, in other words, make a pornographic use of the suffering of others.
In spite of the somewhat forbidding formulation, especially the second argument has always been on my mind when dealing with issues such as rape, racism, and problems of migration – to name three subject areas that have occupied me a lot. Didi-Huberman’s major argument in favor of images is the desire of the victims to be seen and heard. And many people forget that Adorno very soon retracted his interdiction with a similar argument. 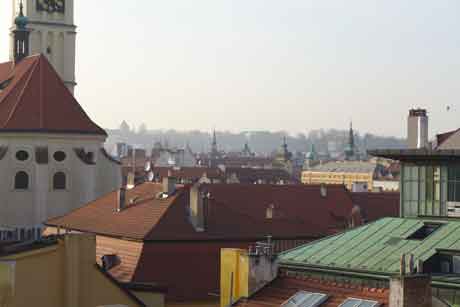 To put it, again, simply: art moves, and that movement inherent in images is where we can both learn to “imagine” and to avoid even the slightest voyeurism and explaining-away – making sense of – the suffering of others. This is where the primary importance of (moving) images lies, and of people being engaged with such images, even inside them; hence, the title, “The importance of being a (moving) image”. 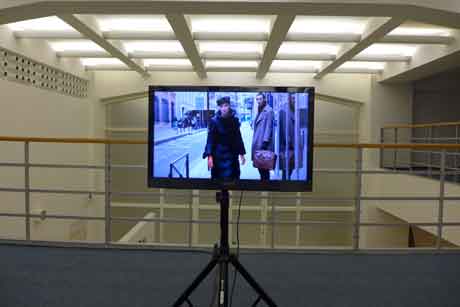 My thinking about movement as a condition of politically meaningful art through the ethics of representation and story-telling begins with a questioning of two tenets of traditional thinking about art and more generally, society: boundaries and fixation. Both denote untenable, unrealistic, and defensive attitudes that nevertheless structure much of our thinking, situations, and policies. Against the first, boundaries, I approach the search for viable alternatives by means of what I call “inter-ship”, and I mobilize the idea of “movement” against the second difficulty. 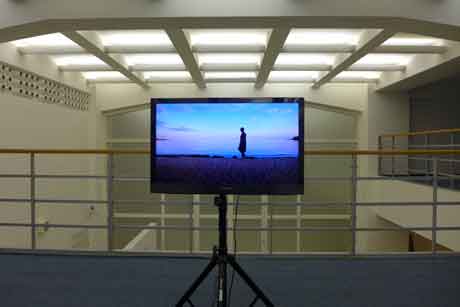 “Inter-“ stands for relationality, and this distinguishes the preposition from alternatives such as “multi-“ and “trans-“, which I reject. Multi-, for example, just groups together disciplines, genres, cultures in a gesture of an accumulation without contact. Trans- suggests that you can just move through disciplinary, artistic or social fields without changing yourself. 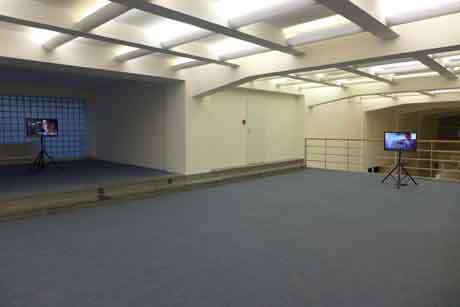 Inter- means that the encounter between disciplines, media, or ethnic, national or historical specificities changes both partners. I have been working on things inter-, especially during and after making the film and exhibition pieces A Long History of Madness: international, interdisciplinary, intermedial and other forms of research between traditionally delimited fields, media, or regions, not to forget intertemporality, with my plea for anachronism in what I call “pre-posterous” history; and last but not least, scale: between close analysis and theoretical generalizations, as between the local and the global. 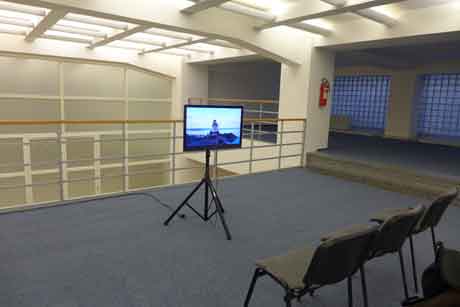 A first point I derive from this inter-maniacal reflection is that relationality, or inter-ship, on all levels, is a primary starting point for ethical thinking about story-telling and (moving) images; the ground such thinking stands on. This means: no “third-person” distancing narrative, nor “first-person” navel-staring; no vicarious, exploitative identification – “suffering envy” – but a first/second-person dialectic without synthesis. This I call the fundamental “second-personhood” of the image. The image needs its second person to be able to speak and be recognized as an interlocutor. 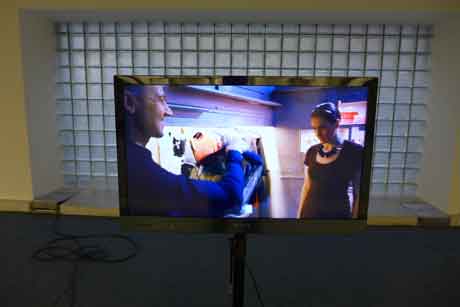 I think the concept of contemporaneity is crucial for a relationship between art and social practice in whatever time, then bound to now. We cannot, can never, know how the contemporariness of art from the past really worked, and with the modesty of the non-expert we must endorse to be, acknowledging this limit of what we can know is a first step of the possibility of trans-historical comparison. The paradox is that to pursue a “faithful reconstruction” of the past is by definition anachronistic. With this qualification of the project of history writing, we are better equipped to address the contemporaneities of the past as well as the present, and establish an exchange with the past. Instead of reconstructing an insular past falsely considered objective, we can bring it to bear on the present, and vice versa.
For all these reasons, it is important to exist, to move, in the present where we are not but are always in becoming. Aesthetic work may be eminently suitable to double-bind artworks to a social world whose fabric allows their visions to be voiced. This is where the affection-image Deleuze theorized as emblematically situated in the close-up, comes in with its typical temporality.
I draw from Spinoza, a 17th century migratory subject who, in the wake of Descartes developed a sense of what we can call “Spinozistic responsibility”. This is derived from the philosopher’s concept of self as social, and consists of projecting presently felt responsibilities “back into a past which itself becomes determinate only from the perspective of what lies in the future of that past – in our present.” Taking seriously the “temporal dimensions of human consciousness” includes endorsing the “multiple forming and reforming of identities over time and within the deliverances of memory and imagination at any one time.” Understanding doesn’t happen in isolation. (all quotes are from Gatens&Lloyd)