Set up as an audio-visual accompaniment to a Human Rights Conference about Migration, this exhibition was meant as, and successfully made an intervention in the intellectual debates going on during the conference. This is exactly what I want to happen with my video works. They are not (only) museum pieces to be put on a pedestal, but audio-visual arguments as well. Also, the participation of Ursula Biemann, an artist and researcher whose work I admire immensely, made it especially attractive to me to participate. I feel a great affinity to her video, Performing the Border, which was in this exhibition.


The curator, Lara Szabo Greisman, requested to screen two videos, Un Trabajo Limpio (A Clean Job), made with Gary Ward in 2007; and Lost in Space, with Shahram Entekhabi, in 2004. The former explores the situation in Murcia, in the South of Spain, where many immigrants from North Africa and Latin America first enter into urban space. The latter is an experiment video with the imposition of global English at its heart. It explores the unnoticed violence this imposition entails. 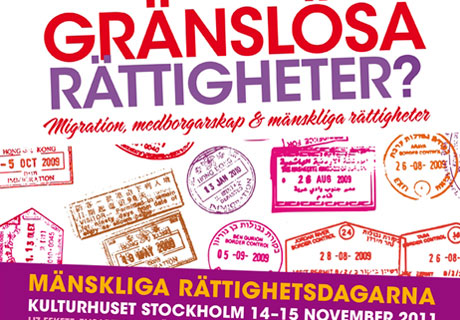 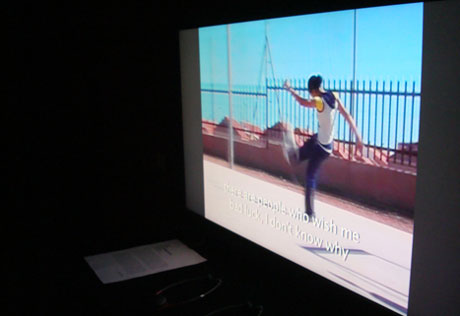