The Madame B project created by Mieke Bal & Michelle Williams Gamaker is an immersive video installation about the link between capitalism and romance. By creating deliberate anachronism and intertextuality, the works explore the bond between capitalism and emotions, and the commercial aspects of romantic love. In so doing, they show how these relationships persist fully 150 years after Gustave Flaubert’s Madame Bovary was released; how Flaubert was in many ways a post-modernist and feminist. Fragmented into the 19 screens of this exhibition, visitors can confront the fact that the life of a woman of 150 years ago can as well happen today.

As the video allows you to see, the concept of “immersive exhibition” is not used to lure visitors into a passive drowning in art. On the contrary, we aim to give the concept new life, and deploy the space to encourage personal responses; to allow visitors to become aware of what their own reactions are to what they see and hear. This gives not only “immersive” but also “interactive” a new meaning. 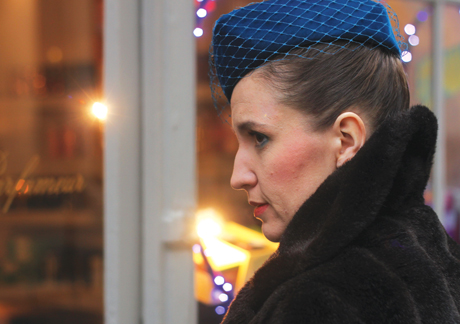