a recommendation by the artist Nalini Malani:

NaliniMalani_Animation.MOV from Cinema Suitcase on Vimeo.

And a 5-minute video tour by Lena Verhoeff:

A short tour of the exhibition (3) from Cinema Suitcase on Vimeo.

This is a 20-minutes version of the video tour made by Lena Verhoeff - due to the sudden lockdown, she could not get more footage. But this is more informative; there are also some bits of an interview with Mario Veen, the entire interview is on the right-hand column of this page.

Exhibition Art Out of Necessity 12-3-21 from Cinema Suitcase on Vimeo.

Here are some photos by Almicheal Fraay
Upon entering, in the cafetaria a display case showed photos made by Amir Avraham, who designed the accompanying book marvellously. 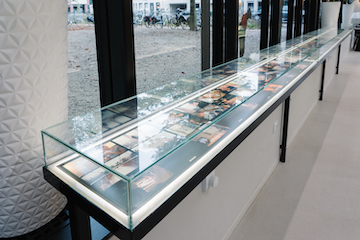 The book can still be acquired. The title, Kunst uit Noodzaak is the same as that of the show. It is in Dutch, but the design alone makes it worth its (modest) price. 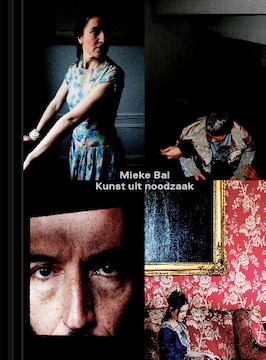 In the first gallery, where a reduced version of Madame B, titled Precarity, was displayed, we also showed some of Emma’s dresses and jewelry, since her “emotional capitalism” has become central in this work. 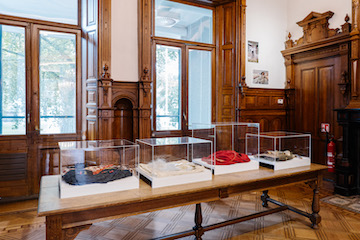 The installation of A Long History of Madness was combined with a painting, Das Tier, by the Dutch artist Armando. 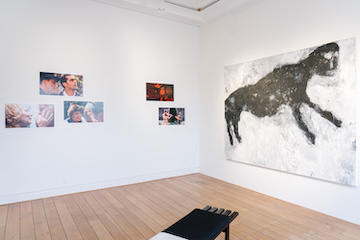 A few days after the opening weekend (October 2-3) all museums in the Netherlands were closed for two weeks. Then they were open again, and when many people got ready to go, it closed again, Mid-December - just before the holidays.

This podcast, an interview with Mario Veen, as part of his series Plato’s Cave. It gives a lot of information about the exhibition and its relations to my other work:

To entice you, in case you know of other possible venues, I will post some photos made during the opening by Almicheal Fraay. 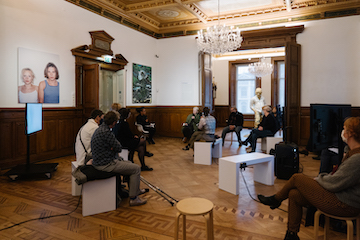 This is an image of the interview/conversation I had with the artist Natasja Kensmil. 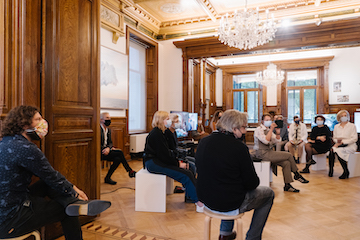 People were listening with intense interest. Natasja had great questions that hit the nerve of the exhibition.

The following three installation shots show the integration of my videos withworks from the museum’s own collection: 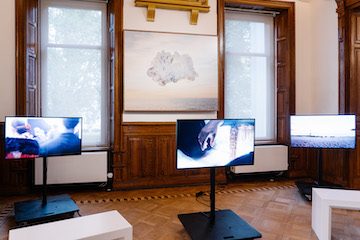 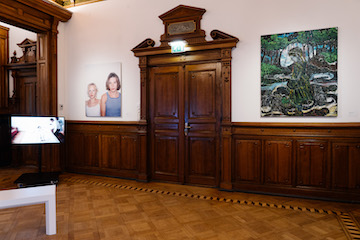 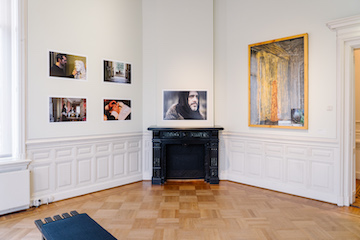 From above, there was a nice view of my most recent film, made in Lodz, Poland, the week before the corona lockdown. 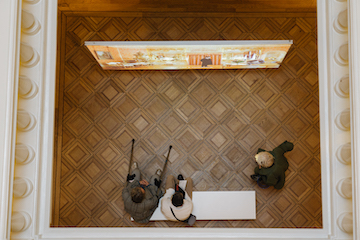 The following two photos show the same film, now frontal. It was the first piece one saw upon entering. 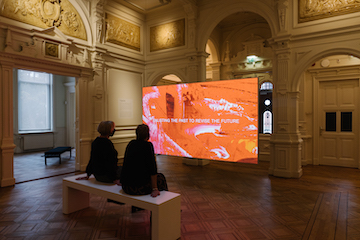 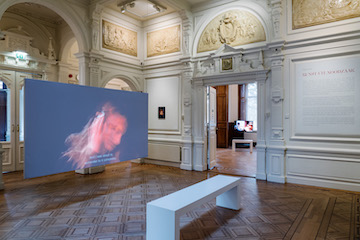