September 5-7 I participated in a conference in Taru, Estonia. The reason I accepted this invitation, in addition to never having ben to Iuri Lotman’s city before, was the topic: an interdisciplinary discussion of theatricality, and what theatre can do for the world. With my current project on Don Quijote as an attempt to deploy theatricality to support “remedial social bonding through empathy in support of the “mad” driven to isolation by violence, this seemed a must-go occasion.
To make my case, I gave my keynote lecture in a room where we had arranged the chairs theatrically around each of the four screens. And to make the event less conventional, during the discussion time I walked through the room instead of standing at the podium.
Here you get a sense of the look of the room, although one screen is not visible here. 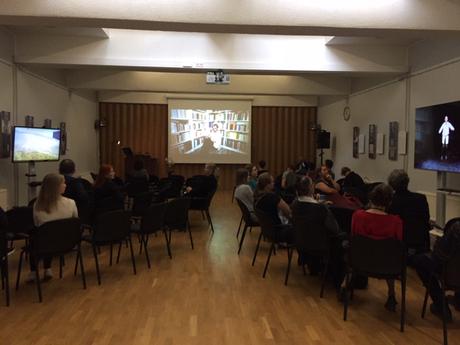 I had a great time, made new friends, and learned a lot. It was also an opportunity to get feedback on our project, since I was able to display, in a sneak-preview, four episodes of it.
Here is friend number one, the organizer Hedi-Liis Toome, whose care and hospitality knew no limits. She is watching the “She, Too” episode. 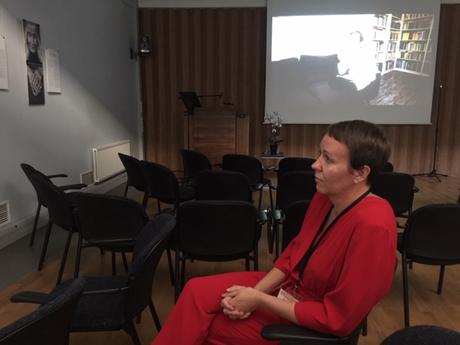 In that episode, a young woman, daughter of a slave owner, is herself held captive by her father who is jealously guarding her. She looks at the slaves outside almost with envy: they, at least, are outside. In this picture you see two conference participants discuss the issue of contemporary slavery, in front of the same screen. 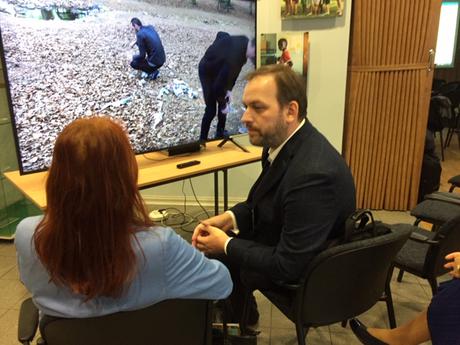 On another screen, the episode “Swim or Die” morphs from a plastic rendering of sea waves, where the hero threatens to drown, to a fight against plastic, the current danger to the seas. This is the most explicit presentation of the anachronistic relationship between past and present - the past in the present - that the project contains. This was also an occasion for intense discussion. 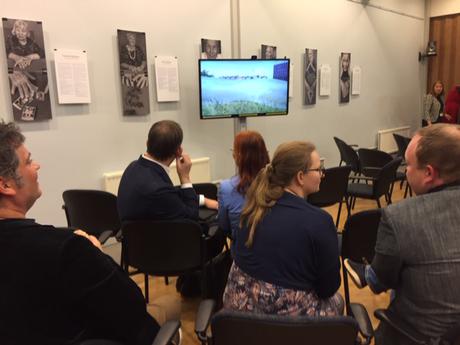 Two other women became close friends in no time: Anneli Saro and Raili Marling. It’s so heartwarming to meet committed, brilliant, and also, strongly concerned academics these days. Here you see them discussing - Anneli is on the right. 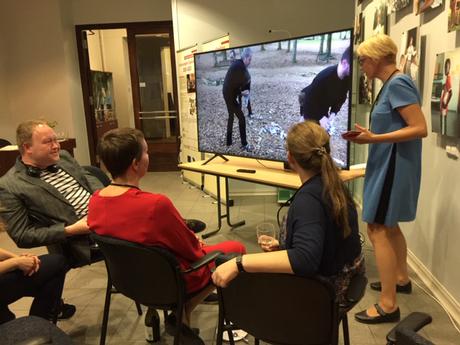 Tartu will be Cultural Capital of Europe in 2024. Congratulations to all my new friends, who will make a fantastic series of events out of that opportunity.
During the conference, Marina Grishakova presented a book she edited on Narrative Complexity in which I also have a chapter, on Madame B. Look at the very big volume. I am proud to be part of it. 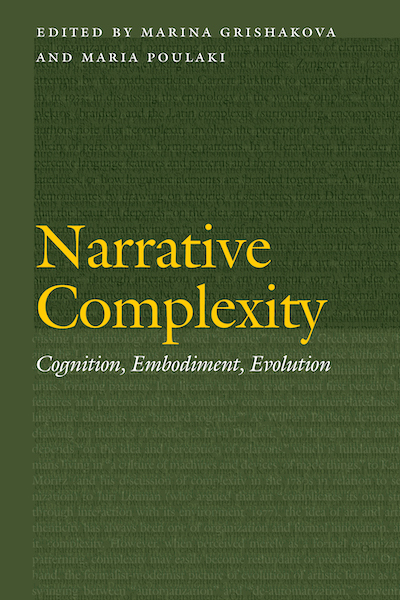