After the week in Murcia described in the previous blog, I turned around and went on to Växjö, Sweden, where I have recently developed fantastic contact with colleagues who care about the same things as I do: cultural analysis with relevance; friendship as the way to productive work; collegiality and non-hierarchal thinking as the mode of making the university work. I have enjoyed being there and interacting with those brilliant and lovable people. A long list of names won’t improve the legibility of this blog. Let me just say that a team of around 30 volunteers, colleagues and students have contributed to the filming of 3 to 4 scenes from the DQ project - the inserted novella of “The Captive” which we use for a visual awareness of and plea for the abolition of slavery. No, this most horrific crime against humanity was not really, only officially abolished in 1833; it still goes on today. The lead actor, Mathieu Montanier, expresses the infinite sadness of confinement in this photo made by Ebba Sund. 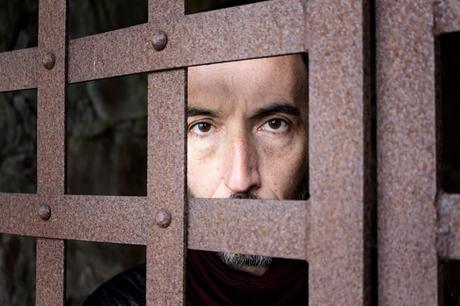 Ebba also made the photo of “renegade” Thomas Germaine, who comes to help the Captive in his attempt to escape. But the ambiguity is: can the slaves trust a renegade? The short scene, for which Thomas came all the way from Paris, is essential for the presentation of the difficulty of human relations in a context of slavery, captivity, and other forms of confinement. 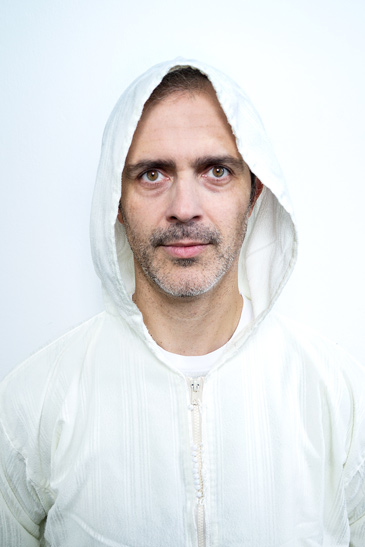 The day after arriving I found out that my Murcia-based friend Miguel Ángel Hernández Navarro (see previous blog) was awarded to be a finalist for the Premio Mandarache de Jóvenes Lectores. For this prestigious prize he is one of three finalists. Over 6000 students read the novels of the finalists and will elect the winner in 2020. It is remarkable that his novel El dolor de los demas (the pain of others) about a traumatic event in a community, was elected by young readers. For it is both upsetting, on an event that truly happened, autobiographical, and “postmodern”, sometimes verging on poetry. For me it is totally brilliant. Congratulations, Miguel! Let me add that Miguel is not only a brilliant writer, poet, and art historian, but he can also act, as the second photo from A Long History of Madness shows. This is to hint at his interest in deploying fiction to probe theoretical issues, such as, in the new novel, trauma. We call it “theoretical fiction”, and Miguel is a masterful practitioner of that genre. Here he played a guardia civil, inspecting driver’s licences. 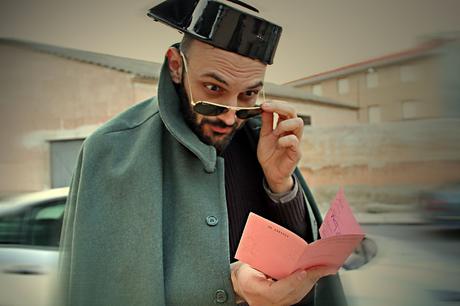 Meanwhile, the shoot went on, and thanks to the commitments of all, it yielded beautiful material. I wish I could post photos of them all, but it must suffice to let Johan Høglund, a friend-at-fist-email, director of the Centre for Colonial and Postcolonial Studies “Concurrences”, one of the two centres that sponsored this shoot, stand for the academic colleagues who share my commitment to focusing academic interests on relevant issues for society today. The name of the Centre, Concurrences”, expresses the wish to substitute the problematic use of “post-” in the term “postcolonial”, which wrongly suggests that colonialism is over. 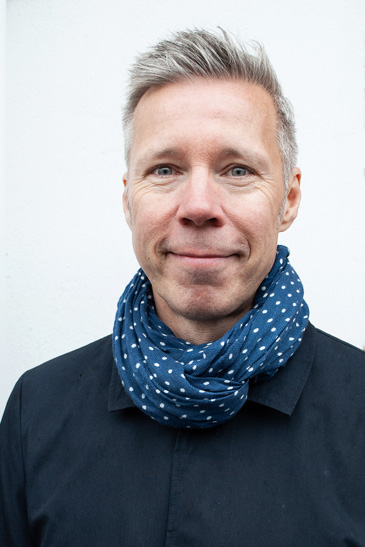 And Niklas Salmose, an active member of the other sponsoring institute, the Centre for Intermedial and Multimodal Studies (dir. Lars Elleström), represents the other important issue that motivates it all: the merging of making and analyzing, that goes under the somewhat problematic term “artistic research”. With this merging, of which Leonardo da Vinci is the pioneer, we seek to get deeper into understanding (contemporary) culture through the participation of the imagination. Niklas pursues this with great talent and dedication. 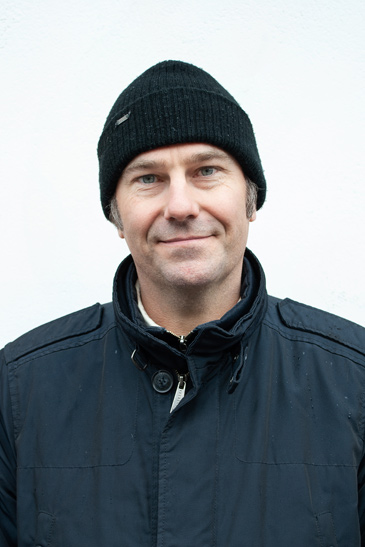 I must also mention and show a new “cinegenic” acting talent emerged from the large number of participating PhD candidates: Nafiseh S. Mousavi, who interrupted her diligent work on her PhD on migratory story-telling to incarnate a wonderful Zoraida, a character in the Captive’s Tale who, imprisoned by a father who takes surveillance for love, helped the latter to escape, and going along with him. Her acting allowed us to insinuate the fact that of the 43 million slaves today, 71% are women. We may well have to extend the planned three scenes into four because of her. 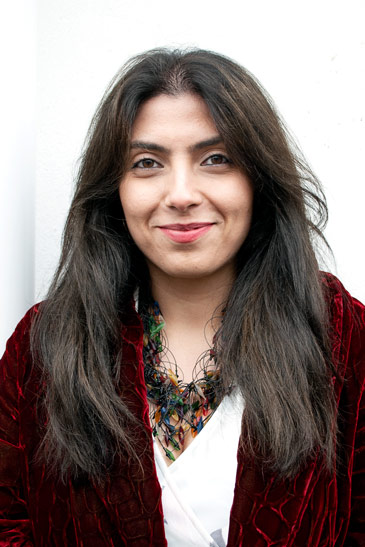 So far these photos are by Ebba Sund. The second photographer, Magdalena Engrup, also made beautiful photos. Here, I only show two crew members Magdalena depicted. First, the guy behind the camera, Jonas Valthersson, the cinematographer who came to this task after having for a long time concentrated on photography. His talent, intelligence and commitment, his eagerness to consult and act in togetherness, made the product into a great gift. He worked along with a second camera operator, Aya Sheikmoussa, who also made terrific shots. 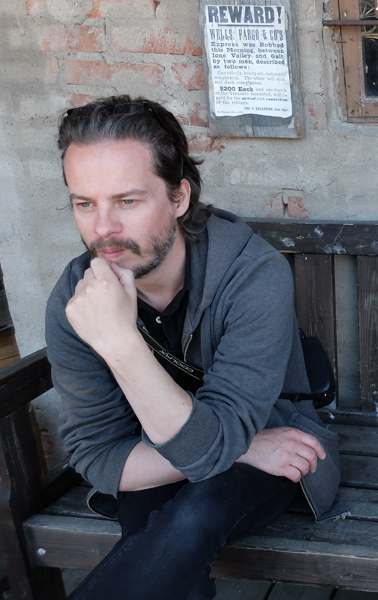 Last but not least, we are lucky enough to have Isabelle de Mullenheim, with whom I have also worked for at least a decade, come from Paris to record, and later edit the sound. Knowing how fine the work is she makes, I was very keen to have her on board. With her combination of good cheer and professionalism, she is a joy to have around.

I must end this series of portraits, but not before I explain the reason for this choice of the portrait genre in this blog. During the same week, on May 9th, I had to miss, unfortunately, the unveiling of a group portrait by Dutch painter Rogier Willems, commissioned by the Faculty of Humanities and its dean, professor Fred Weerman. This is a portrait that honors five prominent women professors and thus does a little bit of catching up with the exclusivist decoration of the historic buildings with practically only men as honoraries. I feel greatly honored to be one of them (at the left). The genre of the portrait was on my mind during the day of the unveiling. 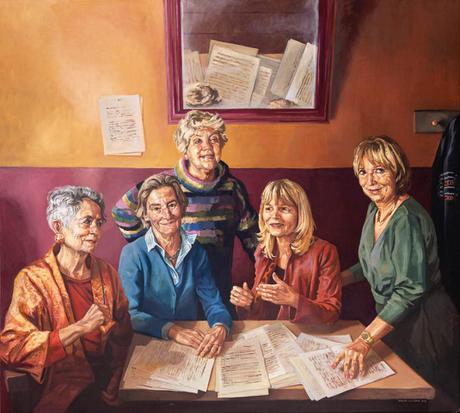 Within a day, the group portrait became the site of a demonstration, after a “me-too” scandal had broken out. The battle remains hard to win… 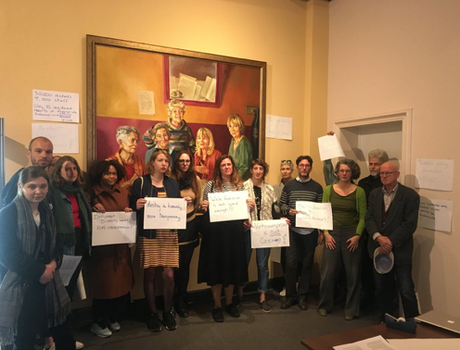 I do regret missing that party, but not to have sacrificed it to the progress in the video project and the joy of working with such wonderful people.

I hope to have more to tell about this project soon. But first things first. Now I must edit it all…