So much has happened these three months that I didn’t have a minute to report on it. I’ll just enumerate the events - judge for yourself. It feels to me like the harvest of years of hard work. But a generous harvest it is!
The last big event of this period is the arrival of the book In Medias Res: Inside Nalini Malani’s Shadow Plays. The outcome of a wonderful encounter with brilliant, innovative, political art. This has been my primary occupation over the past year and a half, and I am mightily proud of the outcome. I am also deeply grateful for the friendship that has grown with Nalini Malani and Johan Pijnappel. The book itself is a beautiful object, with a Mylar cover that has, in small proportions, an effect similar to the shadow plays. A collector’s item, or I’d prefer to say, an artwork in itself. Here you see the artist holding the first copy of the book: 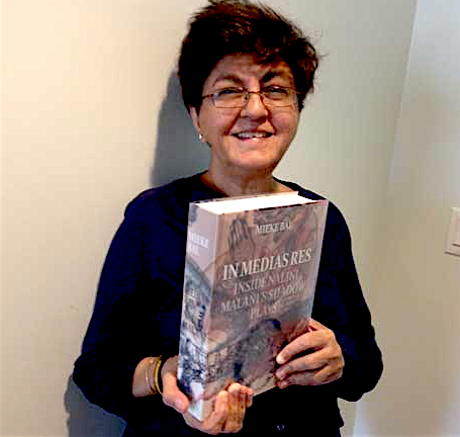 Before this: From 6 to 10 April I was in Dublin. In addition to a keynote lecture on Deleuze and Art, I was able to exhibit our 5-screen installation Precarity, based on the Madame B material. As usual, the combination of an academic event and an exhibition triggered wonderful discussions. The conference logo was based on a brilliant photograph by organizer Radek Przedpelski:

Barely had I returned to Amsterdam, when I left again, from 20 to 25 April, for the world première of my film Reasonable Doubt in the Museum of Contemporary Art in Kraków, Poland, the first feature film I have made alone, without the invaluable contribution of Michelle. It was hard, but premiering in the Festival Film and Philosophy, the film drew a lot of people, and was a huge success. The Q&A afterwards was very interesting. On my left the lead actors Thomas Germaine and Marja Skaffari; on my right Roma Sendyka and festival director Marzena Dudziuk (photo: Piotr Daren). 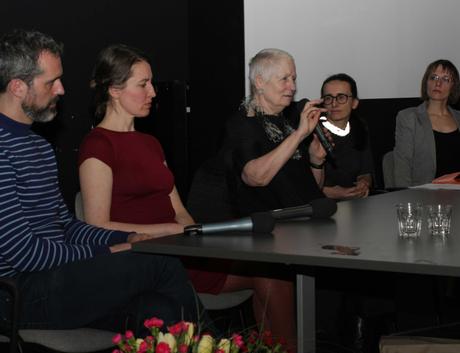 Simultaneously, in the Museum of the history of Photography, the 5-screen installation of that project was exhibited, beautifully curated by Roma Sendyka and the curatorial collective she had gathered around her. Here they are, at the opening event! (photo: Piotr Daren). 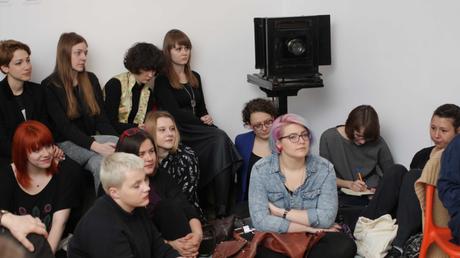 A few days later I went to Vienna for the launch of my book Lexikon der Kulturanalyse, a small book that only exists in German. Anna Babka, a former participant in the ASCA Theory Seminar, now a professor in Vienna, had organized both the book and its launch, along with her colleague Wolfgang Müller-Funk. On this photo they are on the left. 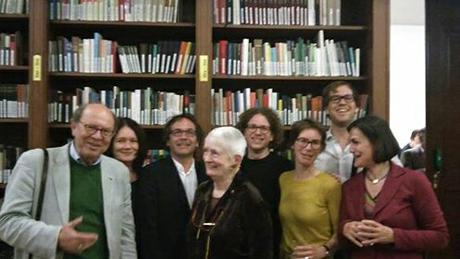 The opportunity to visit with my granddaughter Damar who is doing an MA in Vienna was a lovely bonus.
After a trip to Paris to visit friends and write a catalogue essay for an upcoming big survey exhibition of the work of Louise Lawler, on June 1st Reasonable Doubt was screened in cinema De Uitkijk in Amsterdam, an event organized by ASCA. Patricia Pisters moderated the Q&A afterwards. And on June 2d I left to Madrid, for another book launch, of the big book Tiempos Trastornados, on visual art. This one only exists in Spanish, and has been edited by Miguel Ángel Hernández Navarro in close consultation with myself, and his colleague Alejandro García Avilés.
Here another marvelous opportunity presented itself: to see the Hieronymus Bosch exhibition in the Prado. I had missed the show in Den Bosch in the Netherlands, which I regret, but I had already heard the Madrid one is both more comrehensive and better installed. The Spanish call him “Bosco”, by the way, and consider him Spanish. Funny how nations and nationality can be made to appear transhistorical. The exhibition was over-the-top brilliant, and the joy of spending long hours staring at minuscule images was profound. Bosch’s imagination combined with reality is unparalleled. I was in stitches when I saw the cord around the bottom of the crucified Saint Lucia’s skirt - otherwise people might look up her skirt! Torture and the obsession with chastity - well, we know they can go hand in hand. 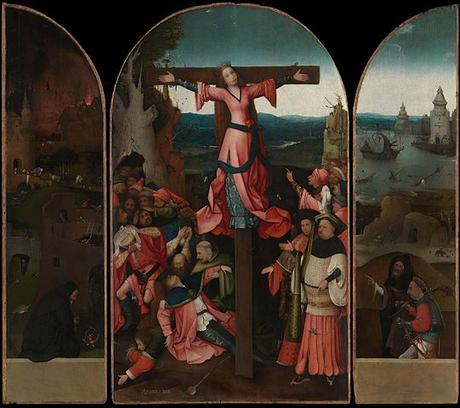 Now I am ready to continue writing the book for the exhibition in Oslo. The final part will be done at the Clark Art Institute in Williamstown, Massachusetts, between September and November.