Between the last post, still under the shadow of the death of my friend John Neubauer, and today, many things have happened. As they say: “life goes on”. I participated in some lovely international meetings, such as a one-day conference at the Musée du Jeu de Paume in Paris, organized by Mathilde Roman, on January 16th, where I gave a presentation on Madame B in the presence of artists I greatly admire - Aernout Mik, Sebastián Díaz Morales, Omer Fast, and others.

Last week I organized and ran a workshop on intermedial analysis in a newly established department of Culture and Aesthetic at the University of Stockholm. I also presented Madame B there, to great acclaim.One of the participants, Anna Maria Hällgren, made this lovely drawing. 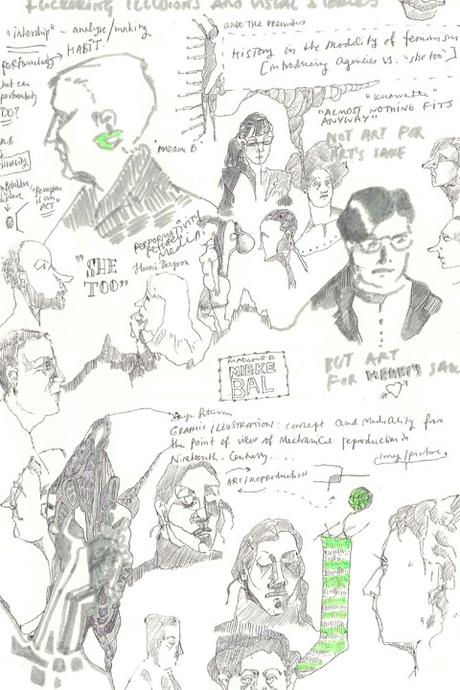 Meanwhile, I have been working hard to finish Reasonable Doubt, the film and installation project on René Descartes and Queen Kristina of Zweden. The briefest I can say about it is what I wrote for the DVD inlay:
R.D. stands for René Descartes, always engaged in Reasonable Doubt. And so was Kristina, Queen of Sweden. At the dawn of modernity, two brilliant, lonely, eccentric, paranoid Europeans briefly met, in a mis-encounter, in 1650. This video work is not a biography but scenes that constitute a double portrait. Some of scenes are historical, some fictionalising ways of making historical ideas relevant for today. This box contains a DVD with the feature, and one with five installation pieces. The latter have been made to accommodate visitor’s interest, moods, endurance, and, if it so happens, impatience, as a complex and embodied way of absorbing thought in process. 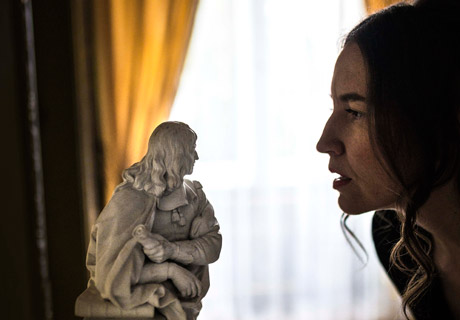 This photograph, made by Polish photographer Przemo Wojciechowski who was the set photographer for the shoot in Nieborów, Poland, will be the logo image of this project. Marja Skaffari is gazing at the sculpture of Descartes. My interpretation of the character Descartes comes across in this image, also by Przemo. Thomas Germaine plays a Descartes who is feeling poorly, but also insecure about everything. 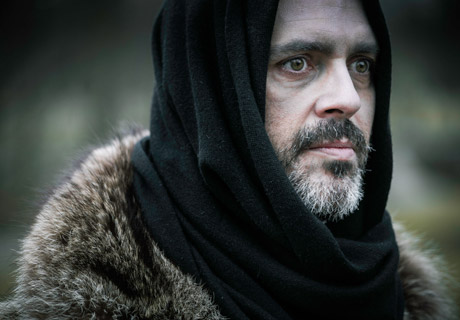 I am currently finalizing the very last bits, including the painful issue of financing… You can help with that, of course, by ordering this or any of my other films on DVD.