It’s already several months ago… right after the shoot, things happened that made it difficult to keep the blog up-to-date; not only in my own work but also with the files that needed synching; and in the life of the photographer. One thing that I still don’t have, apart from a few, is the photographs. But this shoot was too fantastic to miss. We spent almost a week in an amazing Palace, which is part of the National Museum of Poland. The opportunity to film there while staying in the Palace itself was too good to miss. The staff was brilliant, allowing us to film anywhere, remove obstacles such as crowd-control cords, and yet, watching with hawk’s eyes that nothing got damaged. Fantastic professionals, and lovely human beings.
The part we filmed there between March 27 and April 2 concerned Queen Kristina of Sweden, played by Marja Skaffari. Her neurotic disposition included intense impatience. So, when Descartes incurred some delay in arriving, she really went ballistic.
At first she wonders why the great man would decline to run to her side - she, the mighty Queen… 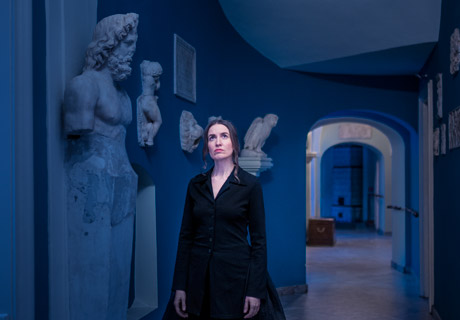 But soon she begins to wonder about herself. Is she not beautiful enough, not smart enough? And so, she smears dirt on her face, to be able to face herself as, supposedly, “ugly”. 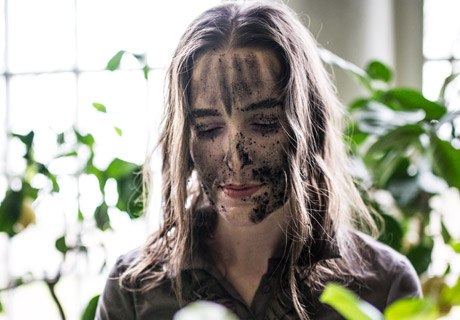 When Descartes finally arrives, she is already busy with other projects, and doesn’t have much time for him. That part of the installation will be titled “Mis-Encounters”. Kristina meets (almost) a friend who could become a lover. But she is incapable to emotionally engage. So, she runs away, hides in a hollow tree, and asks Descartes questions about love he is barely able to answer. For he, too, was damaged as a child, and of all the tasks he sets himself, loving another human being seems the most difficult one. 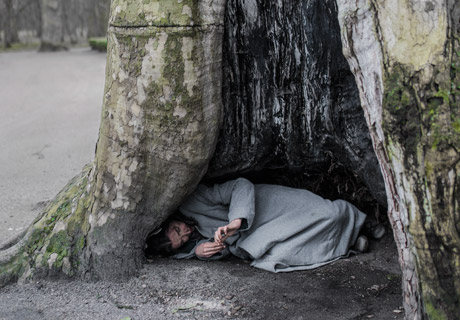 I am now busy editing five installation pieces. A final shoot in Rome, in October, will complete the material for the project.