Our project Madame B is barely finished; we are still working on the DVD production, and distribution is still up in the air, after the fantastic première at the Stedelijk Museum. But due to circumstances too complicated to explain, I had no choice but to start my new project. ReasonableDoubt will be a double portrait of French philosopher René Descartes (1596-1650) and Queen Kristina of Sweden (1626-1689). Soon I will post a fuller presentation of this project. Last week we had a big shoot in the Netherlands, covering almost half of the project. Thanks to brilliant participants and generous helpers, advisors and hosts, we got the near-impossible done.
There was a preliminary to this shoot. In May I took advantage of the opening of the exhibition Madame B (Åland) to film Kristina as a child, played by Astrid Törneroos who had played Berthe in Madame B. Here you see her playing with soldiers, a game she was quite fond of once she was a queen. 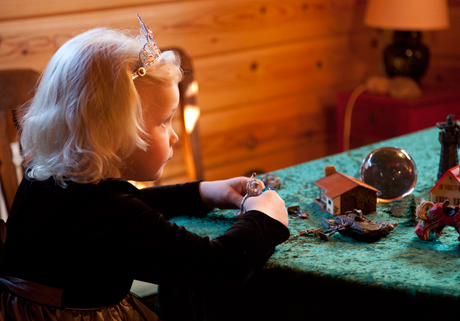 To match this short, I filmed Descartes and his sister Jeanne in France at the end of August. Five year old Ambroise Lefèbvre played the philosopher-to-be, and his sister Olympe did a wonderful Jeanne, the sister who was René’s childhood companion. She is teaching him the use of the sense, here smell. 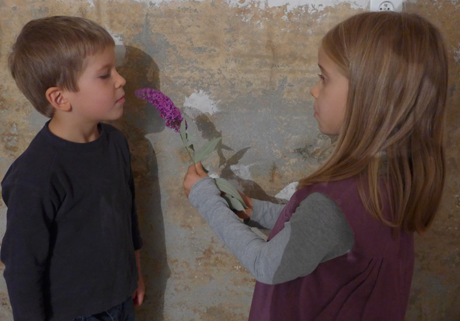 The big shoot was exciting and, as shoots tend to be, stressful. The results are still sleeping on hard dries, but what I have seen so far is wonderful. Thomas Germaine plays Descartes. Here he meets Isaac Beeckman, a Dutch mathematician who became a close friend. A bit later they fell out. Here they meet for the first time, when Descartes is serving in the army of Prince Maurice. Ilja Nieuwland plays Beeckman. 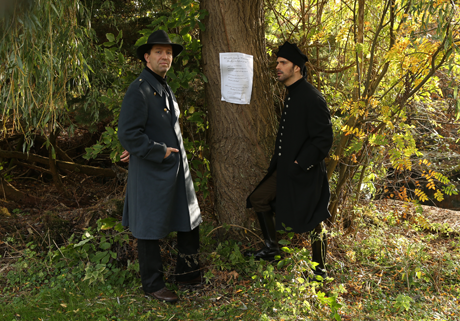 Because Descartes’ conception of the subject is often and rightly said to be at the root of psychoanalysis, and because I portray him as a rather tormented personality, I decided that, instead of make him explain that conception, it was more dramatically interesting to make him an analytical patient. That way I could combine his view of subjectivity with his autobiographical musings in Discourse on Method, especially section 6.So, here you have our great man trying to explain himself to an analyst, played by Henk Hillenaar. 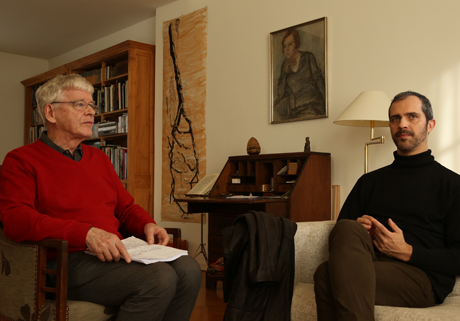 This is just a glimpse, no more than a snapshot of a project that, smaller and simpler than Madame B, is still very complex. The root of its complexity is the choice for an unusual genre, a double portrait. The two people who met only at the end of Descartes’ life were somehow quite similar in personality, in both cases doubtlessly occasioned by childhood traumas. I’ll keep you posted.

← Malta, and Première of _Madame B_