This blog will be both short, on each event, and long because there have been so many since the last blog. I have been silent since Tallinn, not because there was nothing to report but, on the contrary, I was too busy travelling and doing the things I would have liked to report on. Two weeks after Tallinn I went to Zürich, Switzerland, to participate in a conference in honor of Sigrid Schade, who was celebrating both her 60th birthday and her book on Canadian artist Vera Frenkel. While I was there, the Baerengasse Museum installed a small show derived from our Madame B project, which we titled When Love Fails Us. To abbreviate, just watch the link and see what I wrote about it on that page.
Soon after this trip I went to Paris, where I saw and admired the new exhibition in what has become my favorite museum in Paris, the Maison Rouge. This was a combination of works by sculptor Belinda de Bruickere and, curated by her, paintings and drawings by Philippe Vandenberg, in dialogue together. There was also a second exhibition, enigmatically titled “L’asyle de la photographie” that documents the end of a psychiatric hospital through its archives. The result was not the usual voyeurstic gaze at mad people but, on the contrary, the gaze of madness cast upon photography. Barely back home I was called to ?ód?, where Daniel Muzyczuk had organized a screening of the film Madame B. at the Muzeum Sztuki, where our exhibition Madame B had just closed. This was an opportunity to meet the artist Agnieszka Kalinowa, 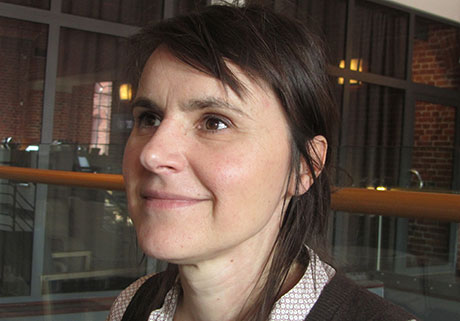 whose riviting video Silencer is in the museum’s collection. Agniekszka has asked me to write about her films for an upcoming exhibition in Gdansk. A wonderful encounter. The blitz visit to ?ód? was also an opportunity to see the brilliant new display of the museum’s permanent collection, curated by the group of curators and the director, Jaros?aw Suchan 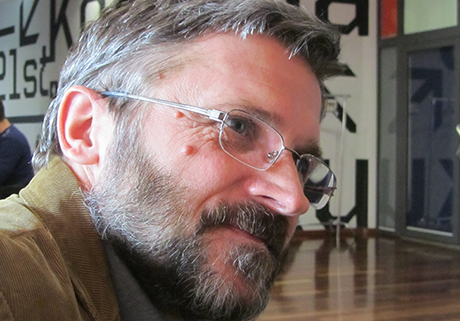 who is both a brilliant curator and scholar, and a brilliant director, loved by his staff because he gives them space to do their own thing. The exhibition, Atlas of Modernity, was truly fantastic. The basic idea was to spatialize modernity, not only in the obvious way that museum exhibitions require, but in terms of categories that always overlapped a bit, questioning their own borders; and through juxtaposing works far apart in historical time, so that anachronistic dialogues emerged. The best was the blurred boundaries between “Autonomy” and “Capitalism”. The greatest added pleasure was to see works by Alina Szaposznikow, one of my favorite artists. Here is her amazing sculpture Multiple Portrait from 1967. 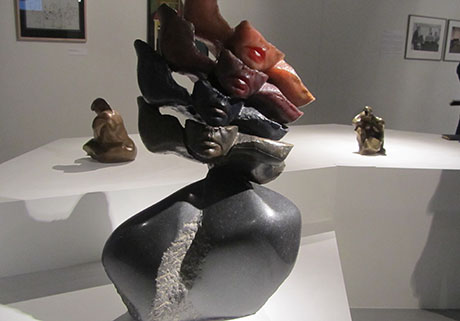 And I was very happy to continue my friendship with curator Kasia S?oboda and coordinator Przemek Purtak,

with whom I had such an intensive working relationship during the installation and opening of our exhibition. Two lovely young people working to continue the high-level of performance in the museum, and who give the concept of curating as derived from caring, its proper meaning.

A few days later I was on my way to New York and Boston.
New York was tied to my annual participation in a seminar at MoMA (see earlier blogs). This year, the big surprise was the presence of French curator Jean-Hubert Martin, who initiated in 1989 the trend of huge international exhibitions with his famous and much-discussed Magiciens de la terre, and whose very recent show Théâtre du monde at the Maison Rouge last Fall had been a great inspiration to me. Here he is standing in one of the galleries of that recent exhibition. 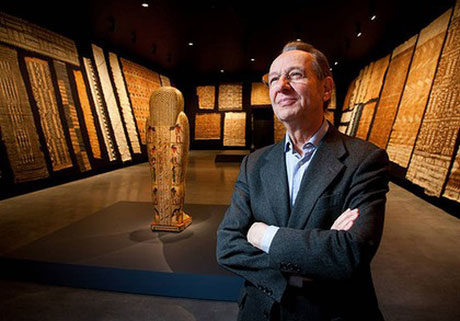 The topics of the seminar - exhibiting, collecting, and performance - were of great interest to me.
I used the opportunity to visit with many old friends, such as Leo Spitzer

A very big surprise was running into Dénes Farkas, an Estonian conceptual artist I met in Tallinn and whose career has had a big boost from last Summer’s curating by my old friend Adam Budak in the Venice Biennale. I was so happy to find Adam in New York just when I was there! So, we decided to visit the Armory Art Fair together, and Adam was able to guide me through the daunting mass to just a few hand-picked fine galleries. Here, Dénes (left) and Adam (right) are flanking Dénes’s galerist, Annamária Molnár, Budapest, when we all met up at the Fair. 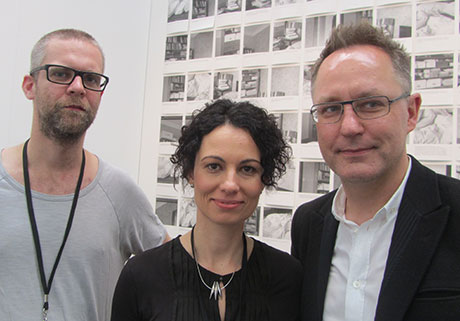 Then, on to Boston. I have rapidly become very fond of Brandeis University and the lively programs in art history there. I am developing a project (still confidential) with Gannit Ankori, who teaches art history there and is, among many other things, a great specialist of Frida Kahlo, and Christopher Bedford, director of the Rose Art Museum on campus.

Gannit has become a very special friend. Her work on Frida Kahlo is a rare example of the way biography can add to the understanding of art instead of reducing it, showing correllations rather than causality. I admire her generosity towards her colleagues. One of the events she had organised was a book launch for a monumental book on Art Since 1980 by her colleague Peter Kalb. I was very happy to participate and reflect on the book. 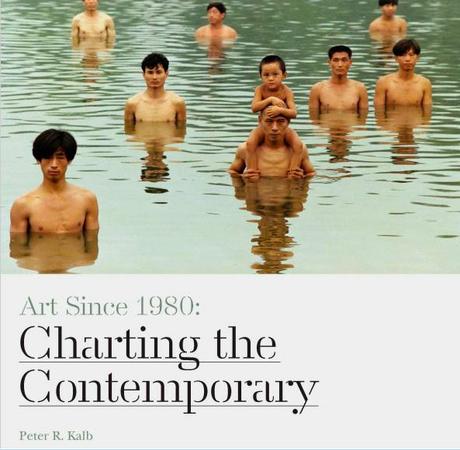 Gannit is the greatest match-maker. The unexpected encounter I had at Brandeis - a new friend I made - also thanks to Gannit, is artist Shimon Attie.

His famous photographs of historically layered walls in Berlin, The Writing on the Wall, have been longstanding inspirations for my thinking about history and its layeredness. His work belies the cliché that photography freezes the moment. 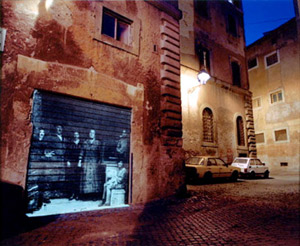 The phrase “correlations rather than causality” I used above about Gannit’s work actually comes from a conversation with Shimon. If I now have to stop writing this blog, it is to watch Shimon’s draft of his latest work!
P.S. Shimon’s new work is totally brilliant! It is still in post-production so I don’t feel entitled to reveal it, but do keep your eyes open for it.