Madame B. shoot in Paris

For weeks, we were simply too busy with this Paris shoot to report on it. This shoot took place from the 3d to the 11th of January. It was the second and last big shoot for the project. So, we had to make sure everything was covered. With twenty people in a large city where housing, food and transport tend to become daunting and permissions are hard to get, this was an unbelievably intense organisation. We are deeply grateful to all, in the first place to Margreet Vermeulen for her calm and efficient work to make this possible. In Paris, we were lucky to find Danie Galliot, wo deployed an amount of patience we cannot muster to locate brilliant sites and obtain the necessary permissions. Here is a selection of our Cast & Crew, some already in on the Åland shoot (see the posts of 8 and 27 August 2012) and some new for Paris. These are some of the new actors. 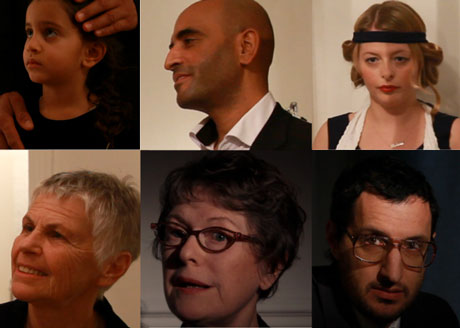 From top to bottom, left to right: Deyna Mehdi, the “viscount“‘s daughter, staged as a prefiguration of Emma’s preference for a boy child, “because men at least are free”; the update of the viscount, now a travelling salesman, played by Tarek Mehdi; Malene Nielsen, our assistant on Åland, here plays the waitress at that reception. On the second row, Françoise Davoine, inspirator and lead role in our previous project, now plays an art teacher; Jacqueline Duval, who put us in touch with Françoise and thus got our previous project rolling, now plays the expert on the television program where Charles falls through as inadequate (the equivalent of the botched operation in the novel); and Elan Gamaker, who plays the host of that show, and has made himself otherwise indispensable over the years.
Other new actors include Berta Roth, a deportment teacher; Pierre Larsovksi, on who more below; and Michiel Engel, who incarnated a condensation of the three financial evil geniuses who lure Emma to her ruin: Binet, the tax collector; Guillaumin, the notary, en especially Lheureux, the salesman. Among the new crew, we had a fabulous first AD & clapper loader in Marta Dopieralski, a Polish PhD student living in Cologne, and a lovely additional assistant in art student Clarinde Wesselink from Amsterdam.

Some high moments in terms of sites. We placed the seduction of Emma by Léon, in the novel set in the cathedral of Rouen, in the beautiful Musée de la Chasse et de la nature, suggesting that seduction is (like) a hunt. 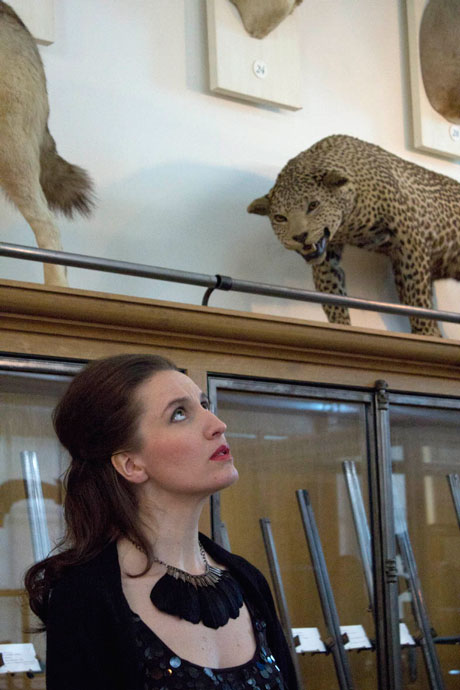 Also, we found some fabulous sets for Emma’s seduction by capitalism. One was a lovely appetizer store, Oliviers & Co; another one the designer clothing store L’Eclaireur, both in the Marais. Salesman Pierre Larsovski played exactly the kind of seductive, emotionally reassuring salesman we saw as the contemporary version of the men in the novel who entice Emma to over-spend. The shop itself is a surreal artwork, a setting that fits our conception of anachronism. 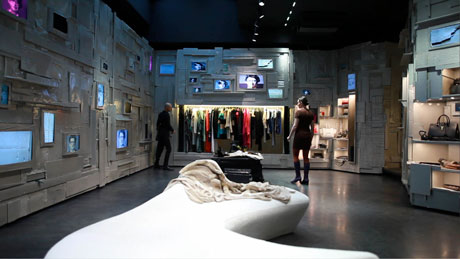 Other scenes include the updated version of the Ball at the Vaubyessard Castle, now a reception of PharmaFrance, the fictional association of the pharmaceutical industry which for us alludes to the previous project A Long History of Madness (see the official website). We also found a beautiful setting in the Parc des Buttes Chaumont where, years after he cowardly fled from the affair, Emma in her despair goes to ask Rodolphe for money. The pavilion on top of a hill could very well be the garden of the nobleman’s estate. 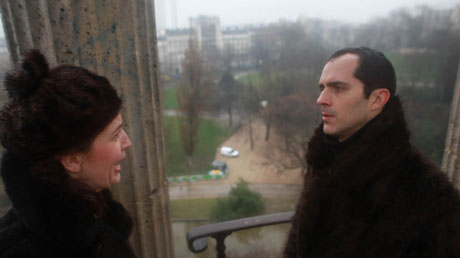 Finally, of course, the city streets ere a film set in themselves, with their traffic, mirroring surfaces and confusing corners. Homais, whom we cast as truly dangerous, follows Emma like a stalker, and suddenly accosts her. Emma, who was looking in the mirroring surface of the shop window to assess her looks - she is on her way to a date with Léon - suddenly sees her enemy appear behind her.

The graffito on the window, “shouf”, happens to be the Arabic word for “Look!” One of the coincidences on which our projects continue to thrive…