Many of the videos have been shown in group exhibitions throughout the years. For example, three of the films from the series GAPS were in exhibition “How Many Angels Can Dance On the Head of a Pin?” curated by Christopher Marinos. “Heaven”, 2nd Athens Biennal, June 15 – October 4, 2009. The installation Nothing is Missing has been in a range of group exhibitions. Different from solo exhibitions, group shows reframe the films in terms of the curatorial concept and the other artworks. In a sense, it is out of our hands; in another sense, this may introduce new, unexpected and fresh conceptions of the works. So, I decided to begin documenting these screenings as well, starting with the 2011 group exhibition Convergences in Stockholm, November 14 and 15.

The Importance of Being a (Moving) Image, Prague 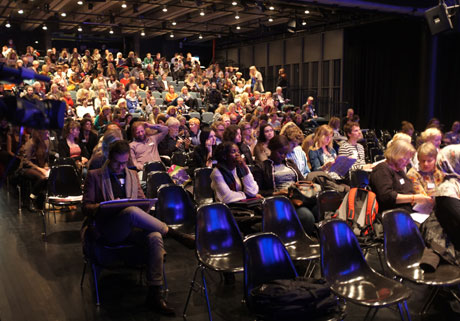