The exhibition presents six video works that, each in a different way, address the repression of madness in a culture of streamlining, and the noises and echoes of madness that erupt when Folly resurfaces.
The videos each present a form in which the public merriment and political critique of medieval Folly has been repressed. Its leftovers emerge when “madness” strikes. In some works, Folly gets a second chance to appear in the contemporary framework of Carnival, or the isolated one of psychiatric hospitals. In others, Madness attempts to accede to visibility, and to be heard. One cannot really speak of it, but on the other hand, it - or rather, the people suffering from it - will not accept to be silenced. 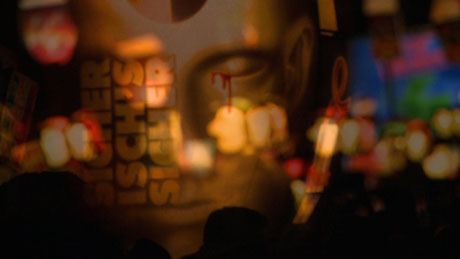