Première in Kraków, Poland
Museum of History of Photography
22 April - 29 May 2016

for more, see Exhibition in Kraków and The Installation

The five-channel installation has been exhibited several times since, always autonomously, mostly connected to conferences.
For now, I simply list these here; when I have time I can post some photographs:

and combined with A Long History of Madness, for the European Network Remembrance and Solidarity, at Warsaw Academy of Fine Arts, December 5-19, 2017 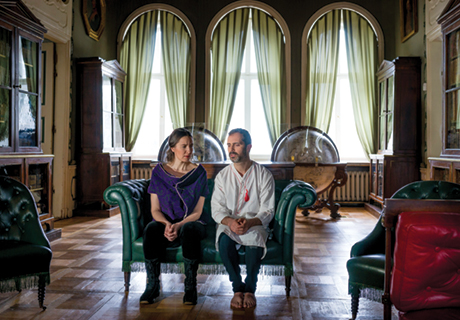 In 2018 I received a very appealing invitation, to participate in a group exhibition at the Frans Hals Museum in Haarlem. The director, Ann DeMeester, had seen the installation in Castrum Peregrini and requested a reflection of Hals’ tiny portrait of Descartes. I offered a three-partite work: two installations of fragments from the installation films, one in the classical Hals Museum at the end of the group show, and one at the beginning of the contemporary art exhibition in De Hallen, now called Hal, combined with a light-box photograph of the Hals sketch, and in Hal, photocopies of other 17th century portraits of Descartes; and an essay written for the occasion. The photo below is of the Hal installation. The Hals is the tiny one on the left. Next to the video is a remake by an unknown artist, now in the Louvre. 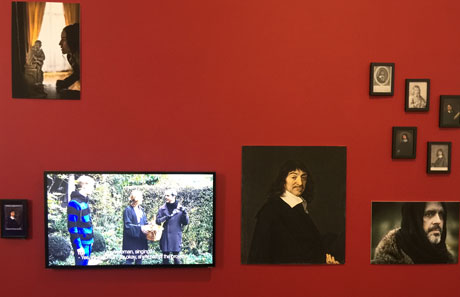