At the University of Utrecht, where I earned my PhD and worked for many years, the graduate students had organized a conference to present and discuss their work. I have always had a weakness for the hard-working PhD students who could do with more guidance and constructive feedback than many of them get. And since they had no budget to install the work, they had to do everything themselves, including improvising equipment. 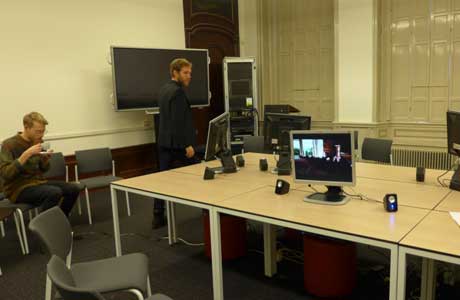 The five pieces were installed in a classroom, next to the Sweelinckzaal where the conference was held. The lecture explained the major terms, relating performance and performativity to power structures, which was the title of the conference. 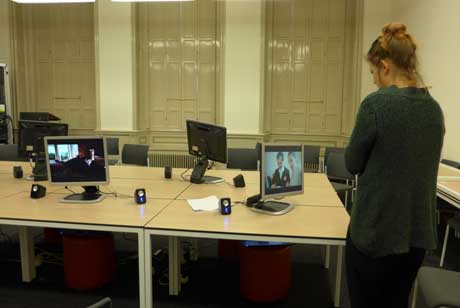 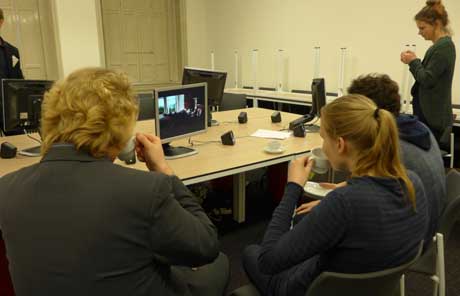 The presentations by the students were mostly focused on what is os oddly called “new media” - these media are clearly by now the dominant media. The nice result of this was that I felt like a student again, listening to the lectures as if they presenters were teachers and I their eager charge. The downside was, I couldn’t help much with constructive questions. 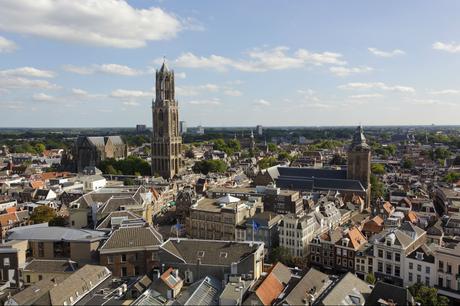 The attractive city with its dominant Dom Tower remains a lovely place at the heart of the country.