In Monterrey, some 200 km from the U.S. border and reputed territory of the violence of the drug wars of the “narco-traficantes”, a thriving art community resists that characterization. There is a brilliant museum of contemporary art, where artworks of high international calibre are on display. The architecture would resist anything less, as you can see from the detail in News & Events Monterrey, 2d week

In an enormous park, the terrain of a steel-melting industrial complex, called Parque Fundidora, the old industrial complexes have been transformed into exhibition space, cinema, concert hall, playgrounds, and more. This is also the seat of the Centro de las Artes, managed by Conarte, a group of dedicated people keen to present contemporary art and make it matter. We had our exhibition on the top floor of this Centro. Michelle and I are deeply grateful to the curator & exhibitions coordinator Graciela Kahn Hopson, who has been very dedicated to our project from the very first e-mail on.

During the second week, project participant Alberto Montoya Hernández flew in from México Ciudad, and was a great support to me. He helped with the television interview my limited Spanish made a challenge, and it was great fun to see him talk to the media in front of the video in which he appears. He also gave a brilliant lecture on the art of his patients, of which he showed affiliations with canonical art to counter the tendency to call such works “outsider art” (or worse, art brut, primitive art etc.)

Alberto was there when I most needed him. After the screening of the film, and during the 3-hour-long visita guiada of the exhibition, he answered the questions that required expertise in the psychoanalysis of psychosis, and it felt great to have his expertise at hand. This was exactly the kind of collaboration that motivates me to go out of the academic ivory tower and work with people “in the field”.

During the weekend after the opening of the exhibition, my friend Paulina Aroch Fugielle came, also from Mexico City, and she, too appears in the show, in the video “Office Hours III” from the three-channel installation “Office Hours”. In the video tour you see her watch some of the works. In the photo at the bottom of the page, you see her “inspecting”. It was a great please to have her there, and she and her friend Mario Gómez took me on a grand tour of the city. This made me even more aware of the importance of art in a world troubled by violence but also resisting being reduced to it.

Instead of listing the works, I refer to the explanations on an earlier page. The exhibition contains all but one of the works that were exhibition in the primary exhibition, “Landscapes of Madness” (Works exhibited). The only work we omitted was “Middle Ages Meet Today” because of its site-specificity to Turku’s Medieval Festival. And Morgue’s Cell, which was installed in Turku in the replica of the original cell, reconstructed with the help of the loan of furniture from Seili, is here installed more simply on a monitor on eye-level. Eveything else was in Monterrey, exhibited exquisitely in the former factory spaces. 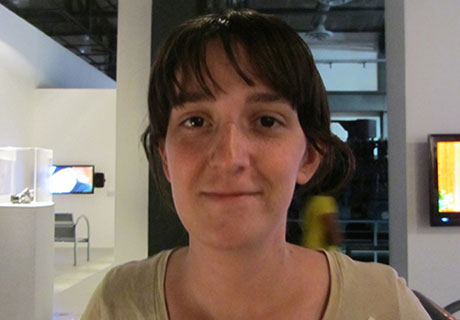 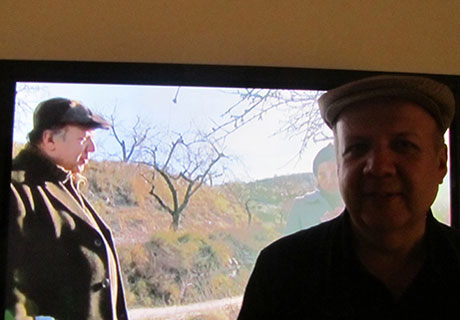 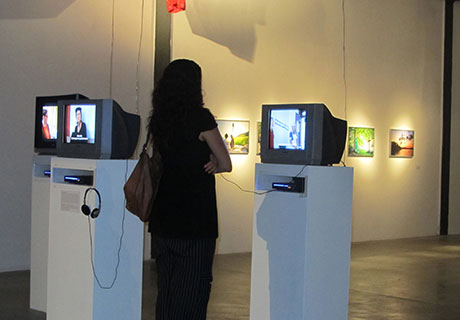